Tarangire National Park in Tanzania is quickly becoming as iconic as its close neighbours Serengeti and Ngorongoro and provides a perfect Tanzania Safari in the Northern Circuit.

'I woke to the first light sifting thought the front of the room and as I lay in my bed I could see over the vast wilderness of Tarangire, a magnificent, and yet unheralded, wildlife haven'.

Tarangire National Park has all the major wildlife species of Tanzania in profusion but it is the landscapes that are the true soul of the park. The landscapes of hills, rivers and valleys are dotted with graceful baobab trees. Tarangire is also referred to as the land of the giants because of the dominance of elephants and baobabs in the park.

A major attraction of Tarangire stems from its relative obscurity as the park is not nearly as crowded as the other northern parks of Tanzania. Tarangire National Park often becomes a firm favourite of many visitors.

Tarangire is not a seasonal park, it is spectacular at any time of the year and you are likely to witness impressive herds of up to 600 elephants. The dry season months of June-October bring migrating Elephant, Wildebeest, Zebra, Eland, Hartebeest, Buffalo and Oryx, from the dry Maasai steppe to the gleaming Tarangire River.

November to February is the 'Green Season, and during this time of plenty, Wildebeest and Zebra can be seen giving birth.

By March everything is lush and the wild flowers are out in force and butterflies rise in clouds. This is when birders get most excited, as there are more than 400 different types of birds to be seen.

The only time of year to avoid is April and May when the big rains arrive and most camps are closed. Animals also graze outside the park making use of ancient migration corridors linking Tarangire with other protected areas.

Tarangire is usually part of a safari in the northern parks of Tanzania. A relatively short drive from Arusha gets you to the park. 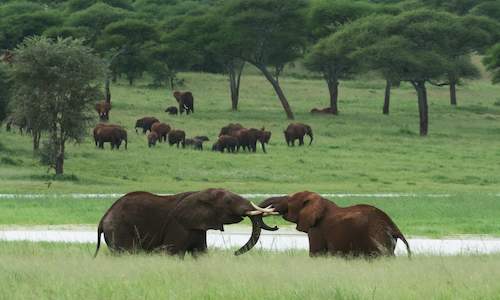 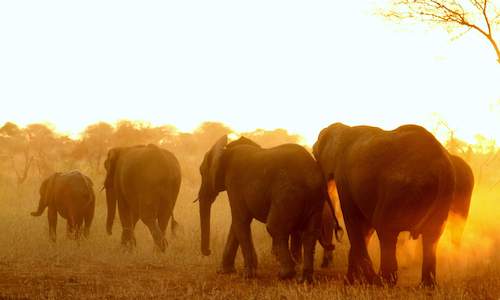 Long considered a pleasant addition to the legendary northern parks of Tanzania, Tarangire is now coming into its own as an exceptional wild...more
Creators of Unforgettable Memories in Africa.
©2022 Siyabona Africa (Pty)Ltd - All inclusive Holiday