Botswana offers you an unparalleled safari adventure. A combination of the Okavango Delta and Savute will present you with the contrasts of delta and desert encounters with spectacular herds of plains game followed by carnivores like Lion, Cheetah and Leopard with even Wild Dogs in some areas. The Chobe / Linyanti area has some of the largest Elephant concentrations in Africa.

The Okavango River comes down from Angola. The flatness of the land in Botswana causes it to fan out into an inland delta covering an area of some 16,000 square kilometres. Your trip into the Okavango Delta should be regarded as much a cultural experience, as a wildlife one.

The majority of the polers who will guide you and the people you will meet in this area are a mixture of baNoka and baYei. These people still live on corn, sorghum, melons; herding cattle and goats; fishing and hunting and gathering to supplement their livestock and agriculture. In the Okavango Delta, most camps offer both water and land activities but some are pure water and others are pure land camps.

The water camps focus on 'mokoro' (dug out canoe) trips in the waterways where there is not such an abundance of animals although buffalo, elephant, lechwe, the elusive Sitatunga and other animals do occur on the islands. Birdlife however is in great abundance and you stand a good chance to sight Pel's Fishing Owl, Slaty Egrets, Rufous-Bellied Heron, Wattled Cranes, Swamp Boubous, numerous eagles and vultures to keep any birdlover satisfied.

The Moremi Game Reserve covers much of the central Okavango and includes Chief's Island. Moremi is one of the oldest reserves in Botswana and the animals around the reserve are very much used to vehicles. This is big game country. Large numbers of Elephant, Buffalo, as well as the plains game followed by Lions and Leopards are to be seen.

The Savuti Channel has its own atmosphere and borders Chobe National Park to the east and the Okavango Delta to the west and is one of Africa's prime big game areas. Famous for its Lion and spotted Hyena population it is not far from the Linyanti which together with the upper Savuti Region offers an exceptional big game safari experience with all the activities including open safari vehicle drives, bush walks and even canoeing / boating.

The area is a private game reserve with only a small influx of tourists thus ranking high on Africa's best safari destinations not to be missed where big herds of Zebra, Wildebeest, Buffalo and Elephant can be encountered. When the rains have stopped end of February, early March you stand a chance of seeing large herds of Zebras and Wildebeest following the migration route from the Savuti to the Linyanti area.

Chobe National Park has a large concentration of animals but is sometimes a bit 'crowded' due to the number of lodges inside the park. If possible we recommend to rather visit camps in the Linyanti region which has the same wildlife as Chobe but it is less 'crowded' with the added benefit of bush walks and night drive. If you however have limited time we suggest that you visit one of the Chobe Camps just outside the park.

Then there is the Kalahari Desert situated south of the Okavango Delta. The Kalahari comes to life in full blossom during March and April. The vastness of the Makgadikgadi Pans fill with water, attracting huge migrating herds. 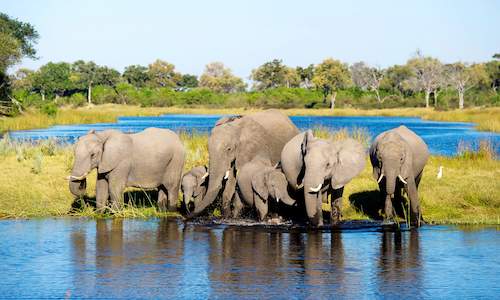 The Chobe area in Botswana includes the Linyanti Reserve on the boundary of Chobe National Park. Chobe is home to superb wildlife...more 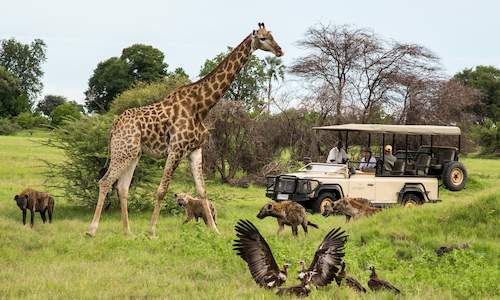 The Moremi Game Reserve is located in the eastern part of the Okavango Delta in Botswana which is well known for it's game viewing. It is ...more 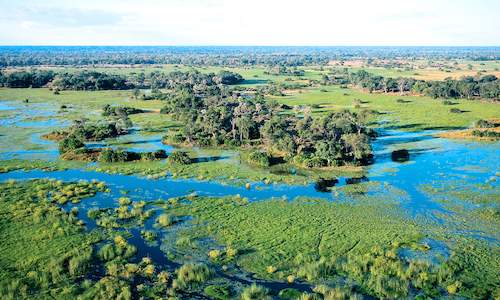 The magnificent Okavango Delta in the north of Botswana is a large inland delta. The Okavango River is the only perennial river in Africa th...more 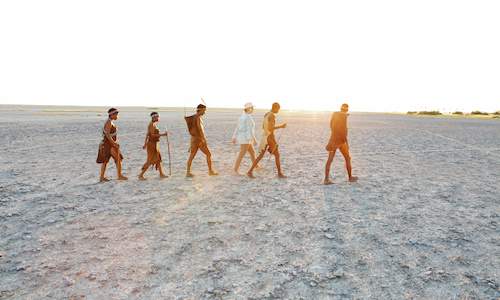 The Makgadikgadi Pans is located in the Kalahari basin in Botswana. Makgadikgadi and the Nxai Pan National Park are located halfway between ...more
Creators of Unforgettable Memories in Africa.
©2022 Siyabona Africa (Pty)Ltd - All inclusive Holiday