Welcome to the Zimbabwe safari experience. While Zimbabwe might not be the most well known African safari destination, Hwange National Park and the private reserves and national parks near Victoria Falls offer a good wildlife safari with excellent mammal diversity.

Zimbabwe is a captivating land of teak woodlands, granite outcrops and diverse wildlife and is home to the legendary Victoria Falls. It is a country steeped in human history, telling of the developement and conflict of the human race. From ancient cities to pristine wilderness areas Zimbabwe will capture your soul.

Hwange National Park is the largest national park in Zimbabwe and the third largest in Africa. The park is a vast grassland area of shrub and woodland with shallow pans and natural salt licks which attract the wildlife, making it ideal for a Zimbabwe wildlife safari.

View Victoria Falls Safari Lodges and Hotels in Zimbabwe One of the seven natural wonders of the world, Victoria Falls is Africa's adventure capitol. Some of the best views of the Falls are from the Zimbabwean side. Explore the unique rain forest ecosystem created by the spray from the Falls, which boasts rare orchids and pretty pink wild ginger.

Thrill seekers can enjoy one of the world's highest bungee jumps from the Victoria Falls Bridge. Or get wet, white water rafting in the gorge. Thrilling flights such as the 'Flight of the Angels', offer fantastic aerial views of the falls. Combine a Zimbabwe wildlife safari with Victoria Falls activities.

Malilangwe is a diverse and beautiful piece of Africa, boasting geological diversity, habitat variability and a wide variety of plant and animal species including one of the largest populations of endangered black and white rhino in Zimbabwe. Other wildlife include lion, cheetah, leopard, hyena and wild dog, as well as giraffe, zebra, impala and wildebeest.

View Matobo National Park Safari Lodges in Zimbabwe Matobo Hills near Bulawayo is home to the White Rhino, Sable antelope, Leopard and Klipspringer and has greatest concentration of Black Eagles in the world. Bushman rock art dating back several hundred years can be discovered, and some of the finest examples of this ancient rock art are found in the caves of the Matobo Hills.

The Park lies on the shore of the Lake Kariba and offers a wide variety of wildlife. Game viewing safaris by boat, open safari vehicle and on foot are conducted on the the shoreline. There is a small but important population of the endangered Black Rhinoceros, with Lion, Leopard, Hyaena and other predators occurring in good numbers throughout the Park. 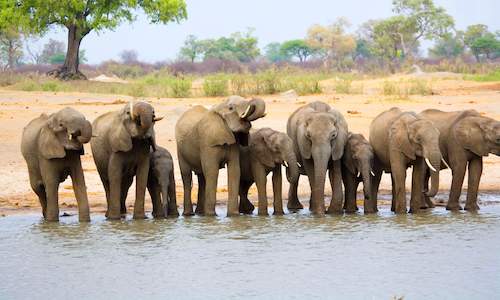 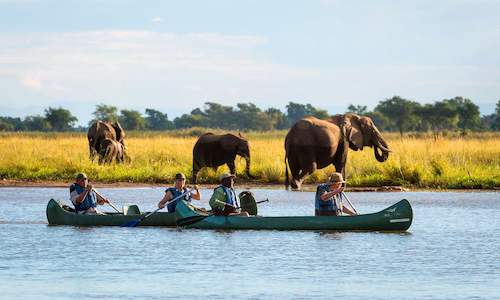 Mana Pools National Park is one of the most beautiful national parks in Zimbabwe, occupying 2,196 sq km (848 sq miles) of forest along the s...more 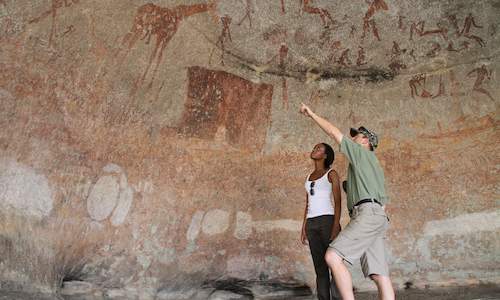 Located close to Bulawayo, Matobo National Park is noted for its spectacular granite rock formations and its wealth of ancient rock painting...more 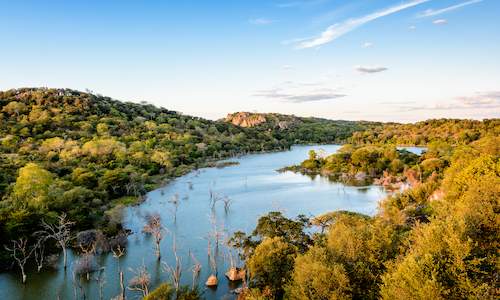 The Malilangwe Wildlife Reserve is set on 502 square kilometers in the southern corner of Zimbabwe. The Park borders the Gonarezhou National...more 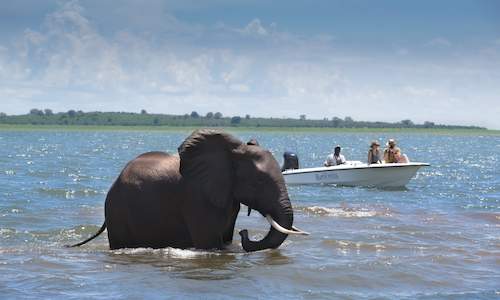 Heading north one will find the lapping water and lush banks of Lake Kariba in Zimbabwe. A great way to explore this natural setting is to h...more
Creators of Unforgettable Memories in Africa.
©2022 Siyabona Africa (Pty)Ltd - All inclusive Holiday