On the western edge of Livingstone Island is a small depression known as Armchair Falls, also known as Angel's Armchair and the Devil's Punchbowl. During the dry season, it is possible to actually swim in this small natural pool right on the lip of the Falls.

The "armchair" is a volcanic vent with a rocky shelf that protects the swimmer from the water rushing past. To sit in this pool is to experience the ultimate "rush" of Victoria Falls, perched on what feels like the very edge of the world, with the mad sound of water meeting rock filling one's ears and the proximity to death gnawing one's gut.

From Viewpoint XI, you have the option of taking a path back to the car park or proceeding on to Danger Point. The rainforest ends abruptly here, giving way to grassland with clumps of low palms and shrubs. Horseshoe Falls is directly opposite this viewpoint and has been so named because of the u-shaped fissure that has been eroded out of the top of the Falls.

In the dry season, the waterfall often dries up from this point eastwards. Swifts and martins nest on the ledges on the rock face around Horseshoe Falls, while the longtailed wagtail is often on the spray-covered rocks.

Rainbow Falls is the highest of the Falls at 108m and is situated directly opposite Viewpoint XIII.

It is advisable to be extremely careful here as the rocks are notoriously slippery. It was at this point that a South African tourist fell to his death on New Year's Eve in 2005. Fifty-year-old Michael Drake, head of Johannesburg's Summit College, was taking photographs of the Falls. He dropped his specs, slipped while trying to pick them up and plummeted into the gorge.

How a rainbow works

Rainbows are caused by refraction, or the "bending of light". Light "bends" because it moves through water and air at different speeds, and in this process white light gets split into its component colours, all of which have different frequencies, with red being the slowest and purple the highest.

On the Knife Edge of the Victoria Falls 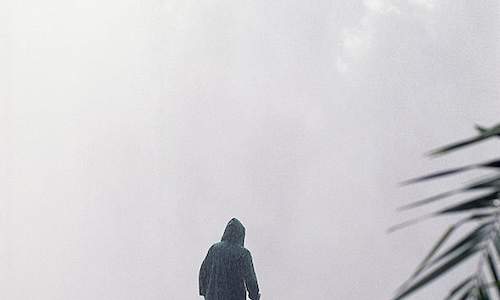 This spectacular walk along the Knife Edge of the precipice is the only way to view Victoria Falls from the Zambian side. It can be accessed...more
Creators of Unforgettable Memories in Africa.
©2022 Siyabona Africa (Pty)Ltd - All inclusive Holiday