The Victoria Falls have been billed as the greatest falling curtain of water on the planet, making it one of the seven natural wonders of the world. Photo: Brett Hilton-Barber

Although it is neither the highest nor widest waterfall, it has, at its highest water flows, approximately as much water coming over its edge as any of the greatest falls in the world, and it is twice the height of the famous Niagara Falls in the United States.

Its lower mean annual water flow compared to its two most famous rivals - the Niagara Falls and Iguazu Falls - is only due to the reduced water flow during the long, dry season of southern Africa.

Half the water approaching Niagara is diverted for hydroelectric power. Iguazu has two drops: height given for biggest drop and total height.

Ten falls have greater or equal flow rates, but are not as high as Iguazu and Victoria Falls.

A Landscape Shaped in Human Time

When some of our early ancestors inhabited the area 1,5 million years ago, the Victoria Falls was most probably not where it is today but would have flowed over the edge of one the gorges downstream. Where you stand witnessing the Falls today would have been at that time the middle of the great Zambezi River. But, as we have evolved, so has this landscape and, eventually, the fault that now forms the present-day Falls was carved out by the mighty push of water. The process is still ongoing, and faster than you might think.

The isolated islands of basalt that sit at the top of the present Falls have even withered and worn away in living memory. Some scientists believe that, since Baines painted the Devil's Cataract in 1862, the river has cut back as much as 7m. Whether or not the erosion is happening this quickly in geological terms or not, the underlying concept is not up for question.

Sometime in the future, there will be a new Falls, with the Devil's Cataract being the cornerstone of a realignment of the falling Zambezi, and the current lip of the Falls will develop into the next new rainforest while the present rainforest will wither and die due to lack of moisture. Read more about Victoria Falls History 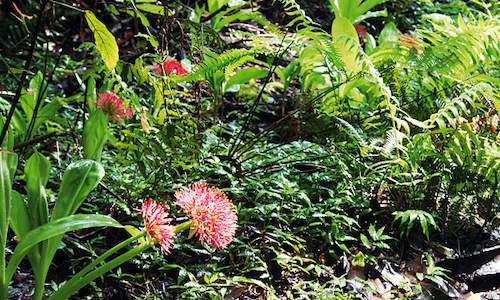 The fragile, yet resilient ecosystem of the Victoria Falls rain forest has a profusion of colourful shrubs and other flowering plants. Some ...more 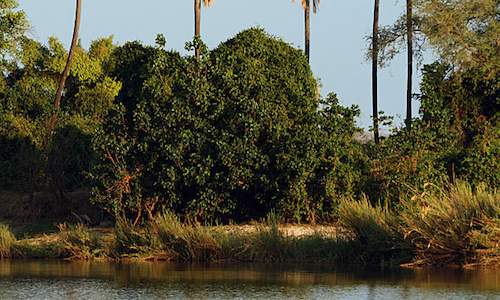 One cannot help but be awed by the trees in the Victoria Falls area. The tropical climate and the proximity of the river ensure that there a...more 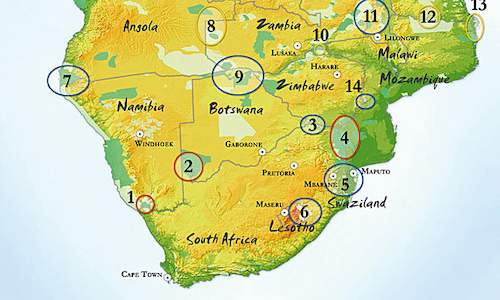 The Geologic Future of Victoria Falls 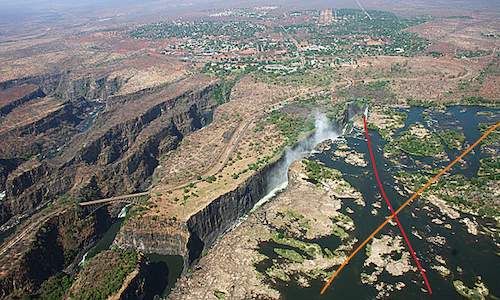 This picture clearly shows the previous series of falls which occurred in the downstream gorges. Scientists have identified two fault lines ...more

The Geology of Victoria Falls 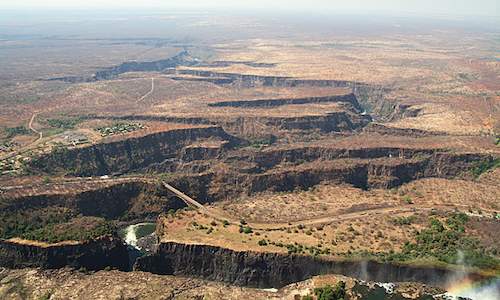 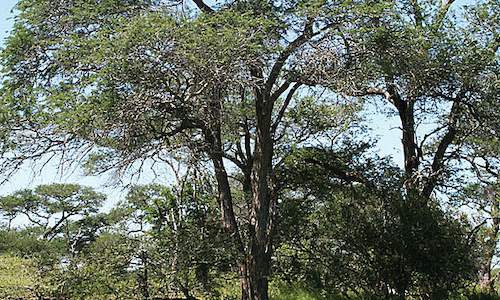 Victoria Falls famous baobab - The Big Tree - is between 1000 and 1500 years old. The following trees are found in the bush away from water...more
Creators of Unforgettable Memories in Africa.
©2022 Siyabona Africa (Pty)Ltd - All inclusive Holiday