The Limpopo Province in South Africa is home to many Limpopo Game Reserves and National Parks, offering superb game viewing and safari activities.

With its vast areas of bushveld wilderness accustomed by an abundance of wildlife species, the Northernmost Province of South Africa, Limpopo is the perfect destination for wildlife and nature enthusiasts. The Limpopo province is predominantly an agricultural society, as a result that large areas still remain uninfluenced by human development.

Nestled in the magnificent Waterberg Mountain Range in the Limpopo Province, the Waterberg District is an ideal escape where the restless traveller can relax and take delight in the distinct natural beauty of Limpopo's bushveld savannahs and its wealthy wildlife heritage.

Game and Nature Reserves in the Waterberg Region

Read more about the Waterberg

Game and Nature Reserves in the Soutpansberg Area

An oasis within South Africa's Big Five countryside surrounded by the world famous Kruger National Park, the Private Game and Nature Reserves in this area are magnificent and offer unbeatable wildlife viewing and safari adventures. The reserves border the Kruger Park and are the ideal base for exploring South Africa's wildlife and safari opportunities. There are also specialized breeding farms and sanctuaries for Africa's endangered wildlife.

Nature Reserves in the Lowveld Regions

Sabi Sands is one of the most luxurious reserves in South Africa, it borders Kruger National Park and falls in the Lowfeld Regions, Some of the nature reserves the Sabi Sands conservation area:


Central and Northern Section of Limpopo

In the heart of the Lowveld region in the Limpopo Province is a wildlife area like no other, the atmosphere is so distinct that anyone fortunate enough to explore this great outdoor spectacle and the vastness and unpredictability of the wildlife here, will begin to truly appreciate Africa's quality wildlife and nature.

One of the largest game reserves in the world, The Kruger National Park, is larger than the size of many small countries across the globe. It is nearly two million hectares of dry and wetlands that stretch for more than 20 000 square kilometers. Kruger National Park and surrounding private game reserves near Kruger offer the best wildlife viewing and safari adventures, hard to find anywhere else in the world. A wildlife experience in South Africa's most loved wildlife park is indescribable.

The Kruger National Park has various nature and game reserves within its area and all under the central and northern section of limpopo, South Africa. 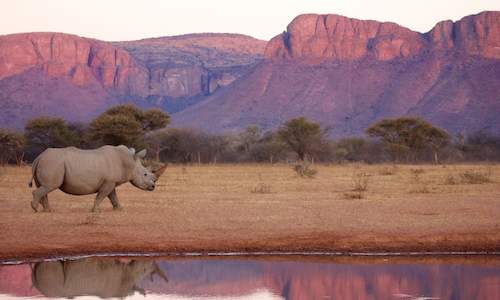 This all-encompassing guide to a safari in Limpopo, South Africa, covers accommodation options, safari activities and even helps you decide ...more
Creators of Unforgettable Memories in Africa.
©2022 Siyabona Africa (Pty)Ltd - All inclusive Holiday