Hluhluwe-iMfolozi Park is the oldest proclaimed nature reserve in Africa and situated north of Durban in Zululand, KwaZulu-Natal in South Africa. It has an immense diversity of fauna and flora.

Hluhluwe-iMfolozi Park has the largest population of white rhino in the world due to conservation efforts and is in a low-risk malaria area. It has the big five game plus 86 other special species and the top spot for viewing nyala.

Hluhluwe-iMfolozi is also home to 340 bird species and a photographers dream. In the 1960s the lion, cheetah and giraffe were reintroduced into iMfolozi after the extermination of the Tsetse fly. In the 1980’s the elephant, wild dog and yellow-billed oxpecker were introduced.

Activities on a South Africa safari Hluhluwe-iMfolozi Park in include game drives, guided walks, auto-trails and walking safaris. Twice a day you can also do guided boat trips on the Hluhluwe dam. There are picnic areas in the HluHluwe-iMfolozi Game Reserve but the guests must be very vigilant.

Make use of the hides so that the animals cannot see you next to the water sources, when they come to drink. Hluhluwe-iMfolozi Park accommodation are in camps and at safari lodges with hotels, and guest houses in close vicinity. 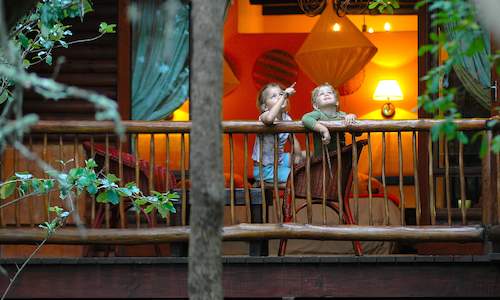 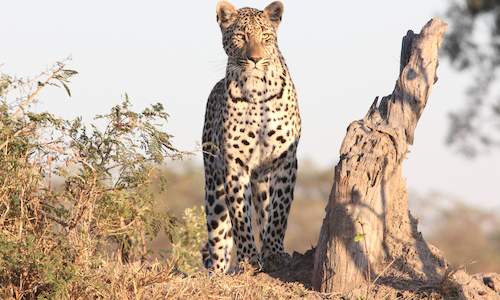 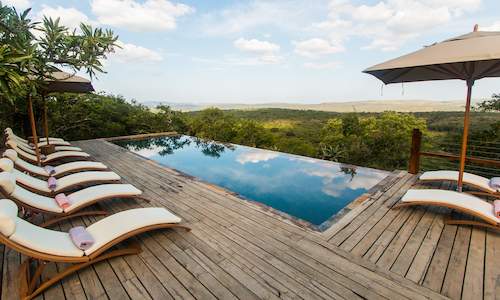 A visit to Rhino Ridge Safari Lodge in KwaZulu-Natal consists of a scenic location, comfortable accommodation and exciting outdoor and wildl...more
Creators of Unforgettable Memories in Africa.
©2022 Siyabona Africa (Pty)Ltd - All inclusive Holiday