The Liwonde National Park is one of Malawi's most popular parks. Game viewing is naturally enhanced in the area due to its location on the upper Shire River plain. It covers 550 sq kilometers (212 sq miles) of mopane and savanna woodland on the floodplains of the River Shire and Lake Malombe in the south of the country.

A traditional African wildlife reserve, Liwonde National Park is home to a diverse array of fascinating mammals and rich birdlife, which colours the somber bushveld. Due to its unspoilt environment and prolific game, Liwonde National Park is generally regarded as the best game reserve in Malawi. The landscape before you is filled with large numbers of elephants and the river attracts countless hippos and crocodiles. Antelope include kudu, sable and bushbuck. There are leopards, hyeana, and the occasional visiting lion. Black rhino have been re-introduced into the area.

Birdlife is exceptionally varied as the river attracts fish eagles and weaver birds which build their nests in the thin woodland and the Pel’s fishing owl is often seen at dusk along the river’s edge. 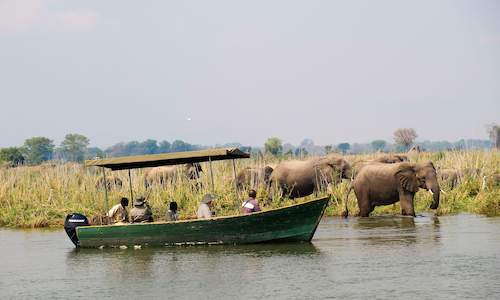 Mvuu Camp is a rustic Malawi accommodation option in Liwonde National Park south of Lake Malawi. Lying on the banks of Shire River...more 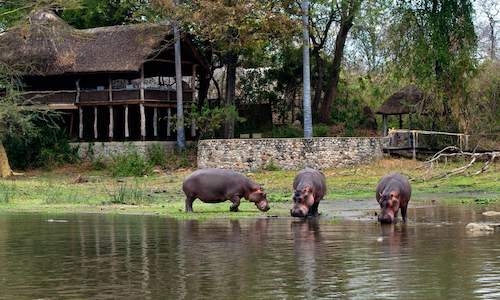 Mvuu Lodge is one of the only two lodges in Liwonde National Park. Together with its rustic sister Mvuu Camp, the lodge forms Malawi's premi...more
Creators of Unforgettable Memories in Africa.
©2022 Siyabona Africa (Pty)Ltd - All inclusive Holiday